So I started my new job just a mile away from home. And I have to say that I absolutely love it. I knew I was in the wrong environment and wrong place before. There’s one main reason why I left the medical center: bullying.

I experienced nurses “eating their young” the first time in nursing school. Since then I have been concerned with the way a lot of the older nurses (and even newer nurses) treat those just entering into their nursing career. Sadly, I’ve come across some pretty horrible people. But I was also lucky to meet a few amazing ones who were so willing to be my mentor. So with that being said, I couldn’t resist posting this article I read this morning. It described the way I was feeling last week as I was spending my last days at the Medical Center downtown Houston.  And since that last drive home, I promised myself that I would never, ever treat anyone (new or old) the way that I was treated there. Ever.

The causes, effects and possible solutions for the ongoing problem of lateral violence among nurses.

Bullying in nursing has been an issue of concern for decades.

There are different names for bullying, including lateral violence, horizontal hostility, aggression, and incivility.

Regardless of the name it still means the same thing, i.e., it is one person acting against another person in a verbally, emotionally, or physically abusive way.1

The abusive conduct can be threatening, humiliating, or intimidating, or cause work interference/sabotage which results in work not getting done.2

Incidence & Prevalence
It is hard to ascertain how widespread workplace bullying is because most bullying is never recognized, documented, or reported.3 It is estimated that in the U.S. one in six employees will experience bullying in the workplace in his/her lifetime.4

National surveys indicate anywhere from 27% to 85% of staff nurses report being bullied at work5 New nurses may be at an even higher risk of experiencing bullying, with one study finding that as many as 90% had experienced some form of “coworker incivility.”6

Employees of healthcare and social sector have an increased risk of being bullied. In one research study there was a sevenfold risk among this population.7

Reasons for not reporting bullying are varied. Low-grade bullying may go unnoticed in a busy work environment. Others may not report bullying for fear of appearing petty or retaliation.8 Other nurses may leave a hostile work environment rather than report the bullying.

There are many behaviors that can be equated with bullying. Some of these actions can be subtle or blatant and can be made by co-workers and management as well. These actions include:

There are numerous reasons that people bully others, especially in the nursing profession. The main factors are power and control on the part of the person who is bullying.

Jealousy, feelings of inadequacy, being fearful of changes, or a nurse who obviously knows she is not performing to standards, are other reasons bullying takes place.

In addition, the culture of nursing itself may lend nurses to be bullied. Nursing is still primarily associated with women. Women sometimes can act malicious towards one another. More and more males are entering the nursing profession. They too, can be bullied by those who deem nursing is a “female” profession.

Jealousy is another motive for nurse(s) to bully other nurses. A nurse who is a “go-getter” and goes above and beyond performing the standard of care can be deemed as a threat to other nurses.

There are some nurses that minimally perform and are threatened by those that are overachievers. They can be fearful for their positions when another nurse is better able to multi-task, volunteers for projects outside of the work area (committees, etc) or is better at technology.

New nurses are particularly vulnerable to bullying mostly because they are afraid that confronting the bullying nurse or complaining to management may cause them to lose their job.9

The consequences related to being bullied are numerous and can cause physical, psychological and financial problems.

Some of the physical ailments that have been documented in studies relating to bullying in the nursing discipline have included: headaches, gastrointestinal problems, such as stress ulcers, sleep disturbances, fatigue and loss of concentration.

These symptoms can affect the bullying nurse not only professionally, but personally as well. The nurse may be missing work due to the physical and/or psychological symptoms. This situation can also cause a financial burden for the bullied nurse.

All of these conditions are serious and can lead to adverse patient outcomes, as well as time away from the job so that the nurse can deal with these conditions. This is turn can affect the staff-to-patient ratio because a nurse is unable to perform her duties. Thus a pattern arises in which bullying creates physical/psychological maladies, leading time off of work for nurses and adverse outcomes for patients.

These physical and or psychological complaints can have a financial toll on the nurse and his/her family due to time away from the job to deal with these issues. The most serious negative outcome for the nurse is the emotional pain. This type of pain can be devastating for the person being bullied.

Emotional pain can lower someone’s self-worth, as well as contributing to the development of physical and/or psychological anomalies. A nurse or nurses exhibiting emotional pain has a far-reaching impact on the nit, other staff and of course the patients.

As stated above, if a nurse’s self-worth is affected, they can become disinterested in their work or so fearful of dealing with the bullying nurse that they can make mistakes, but not report them due to the possibility of being bullied or harassed. In addition, the physical and/or psychological symptoms can be so serious that the nurse cannot psychically or mentally perform their role as a nurse.11

A holistic approach must be utilized when confronting the issue of bullying in the nursing profession. Strategies directed only at individual nurses dealing with conflict have in the past met with little success while strategies aimed at changing organizational climate have been more successful.11

Acknowledgement of the problem is the first step. Before acknowledgement can occur however, there may be a need for education as to exactly what bullying encompasses. For example, in areas where bullying is normalized, bullying could be misinterpreted as a conflict, a difference in personality styles, or just someone having a little fun at another person’s expense.

Facilities should have a written policy in place concerning bullying. Codes of acceptable conduct should be specified and it is advisable to include a zero tolerance policy.12

It is vital that nurse managers lead by example and not be part of the problem. When studying bullying of staff nurses Vessey et al (2009) found that nurse managers were often guilty of engaging in or condoning bullying activities.8 Nurse managers should examine their behavior to determine if they are exhibiting bullying behaviors and always strive to model acceptable professional behavior. Proactive education of new managers of the types of leadership styles that discourage bullying can also be implemented.11

Nurse managers should look for signs that could indicate that bullying is occurring and confront the problem. Anxiety and depression among staff nurses, as well as verbalization of a desire to leave the profession could indicate that bullying is occurring.13 All allegations of bullying should be considered a serious and urgent issue and should be investigated thoroughly and in a timely manner. Substantiated cases must be processed according to the facilities policy and victims and perpetrators should be offered counseling.13

Staff should be educated on ways to recognize and deal with bullying. Education should include specific behaviors that constitute bullying. Staff should understand that no one deserves to be bullied, and that bullying is about control of the individual and is not caused by the victim.9

All bullying, whether experienced or witnessed, should be reported to the appropriate person. It is a good idea to keep a detailed diary chronicling each bulling incident, with date, time, and place the event occurred, as well as who was present. Copies of bullying notes, emails, text messages, and other documents are important to keep.

All nurses should be reminded of Provision 1.5 of the American Nurses Association Code of Ethics for Nurses with Interpretive Statements. It states: “The nurse maintains compassionate and caring relationships with colleagues and others with a commitment to the fair treatment of individuals, to integrity-preserving compromise, and to resolving conflict.”14

This is a clear guideline of how nurses are expected to act in professional work relations. Engaging in bullying behavior violates this guideline.

Though bullying has been an issue of concern for decades in the nursing profession it is a behavior that needs to be changed.

Many nurses report being bullied at work and as a result are suffering the consequences which can include physical, psychological and financial problems.

Bullying can best be dealt with by taking a holistic approach. Creation of a healthy organizational climate can occur by acknowledging that bullying does exist in the nursing profession, educating staff about bullying, having written anti-bullying policies with zero tolerance, conducting regular work area assessments to look for signs of bullying, and reporting of all bullying.

You can read the entire article here. 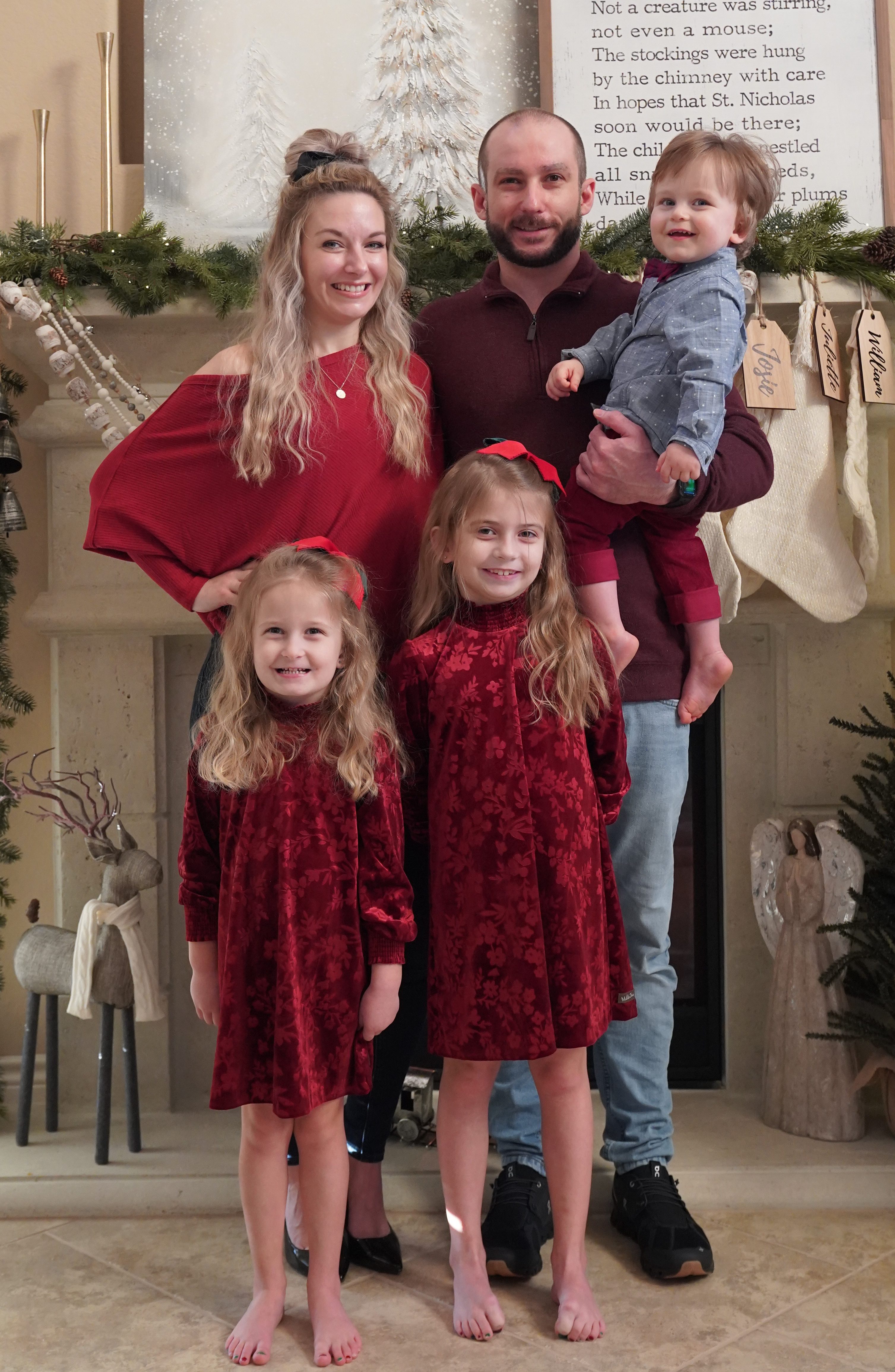 Robert is a Chemical Engineer, Stacy is a Registered Nurse and also a SAHM to three beautiful children. Josie (8), Juliette (5) and William (1.5 years). Together they are now a party of 5, navigating parenthood together while residing in Spring, Texas.