Ever since I knew I wanted to have children (or made the decision to eventually have them one day), I fell in love with the name Julia. Julia Roberts was always my favorite actress and I also met my best friend for life, Julia, in college. I remember telling her when I met her that I always wanted to name my daughter Julia. I’m a huge nickname person so calling her “Jules” always sounded so pretty to me.

It’s so difficult to name a child. We wanted something with a “J” and something classy and old fashioned. We’re also hoping that this name doesn’t become popular this year either (fingers crossed).

Anyway, obviously my first born wasn’t named Julia. Because the day I took that pregnancy test, the name Josephine immediately came into my mind. It was the first name I thought of. Even though we went in circles about other names, we eventually agreed on Josephine. And Josie came into the world and she just looked like a “Josie”. Now she’s our “Jos”.

Juliette was number 2 on my list when I was pregnant with Josie. I knew from the beginning that BS2 was either going to be Julia or Juliette. Bobby really liked both, but we eventually agreed on Juliette. Bobby wanted the “fancier” spelling. I didn’t want the “Romeo and Juliet” spelling.

As for the middle name? Where did it come from you may ask? Well, I’ve been thinking about middle names since BEFORE I got pregnant again. Since it took us several tries and fails to get pregnant this time around, I’ve often come to the thought that this may be our last baby or our last girl. And in the beginning I told myself that I wouldn’t go through this again (another pregnancy attempt) after this baby was born. But now that our lives are changing and we are planning our future, that decision may very well change. We may just want another baby. And that baby could possibly be a boy next time around, who knows?

Raelynn…Rae for Rachel and Lynn for Linda.

Or it may grow on you like it has my husband.

At first he seemed to have no comment on it. But eventually it grew on him…so this morning, when he put his arms around me in the bathroom and looked at me in the mirror, and asked “how’s Juliette Raelynn doing today?” my heart sank and I knew we finally had a name. And of course I needed his “okay”. I’ve been calling her this for weeks (in my head). And I told him that I can’t keep calling her this if we aren’t going to name her this. But the more I say it, the more I love it. And it has special meaning to me. And besides, that makes her another JRS. How cool!

So there you have it…our new little girl has a name. 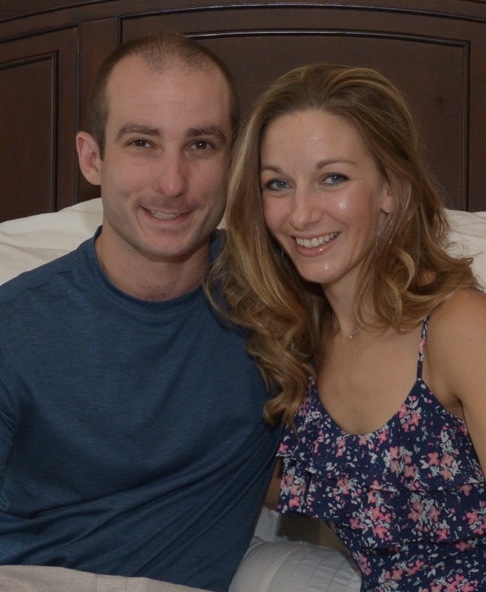 Robert is a Chemical Engineer, Stacy is a Registered Nurse (6 days a month) and also a SAHM to two beautiful little girls: Josie (5-years-old) and Juliette (3-years-old). Together they are Two and a Half Socks. Living in Spring, Texas and enjoying this season of life.